You may have noted that the structured text composers are missing tree structures, one very important data structure in computer science. A simple text tree data structure can be used to compose and manipulate semantic-free expression trees very similar in function to XML markup, but with a more readable text form. The ITextExpression interface, under the TextComposerLib.TextExpression.Ast namespace, is the base of all text expression tree nodes. Two kinds of expressions can be used:

By nesting instances of these classes we can construct arbitrary text expression trees that can be eventually composed, by traversing, into text. 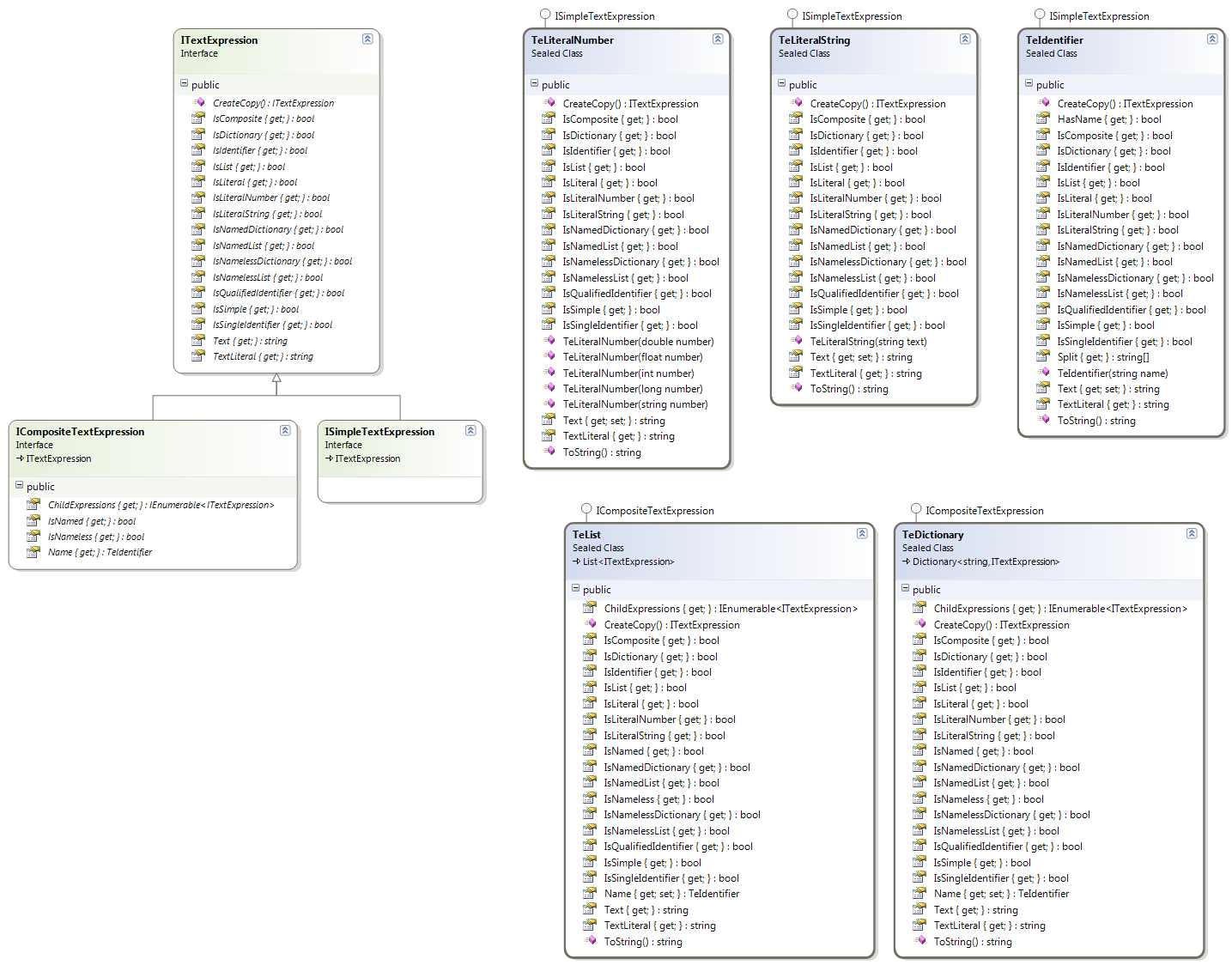 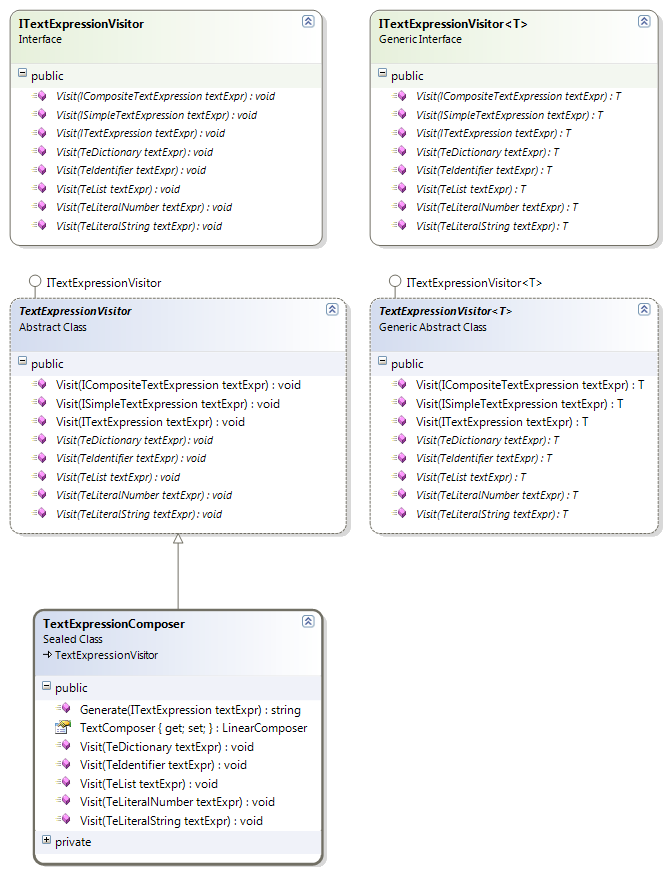 The shown code can be used to construct a simple expression tree using normal class constructors. This approach is useful when the tree represents information generated internally by the program, and the tree is used to pass the information to other text composition stages for example. The output of this code is as follows:

The second code example parses a given text into a text expression tree using the static ParseToTextExpression() method of the TextExpressionParser static class. Then a custom class called Task1Class derived from TextExpressionVisitor is used to replace the heads of composite sub-expressions in the tree according to a given dictionary.

The definition of the Task1Class is as follows:

The output of this code displays the expression tree before and after the replacement happens:

The syntax of expressions is as follows:

Using this simple Text Expression Tree DSL the user can create arbitrary complex trees of basic numbers, strings, and identifiers. Such trees are similar in structure to the XML trees but much easier to manipulate, process, and store in typical code generation scenarios.